In a ballroom a woman and four men find themselves together after long years.Their stories are tangled…a hidden secret? A loss? A passionate love betrayed? They come face to face with their fragilities: falling down and getting up again.

Il Dolce Domani places the audience in front of a painting, made of concrete situations and particular body states. The dance is visceral, sensitive, inhabited. Sometimes in the momentum, sometimes made of repeated actions as a ritual.

The viewing of Michael Haneke’s film : Amour, with its “old actors”, inspired the two choreographers. The old age, the passage of time, the one we have left… Softness and poetry are part of the intentions; they appear with strength in this singular and intangible universe, punctuated by details that make echoes in each of us.

« Best Dance Performance » for the season 2014/15 by the Prix de la Critique/Belgium. 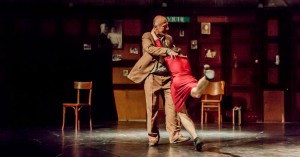 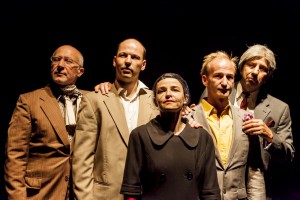 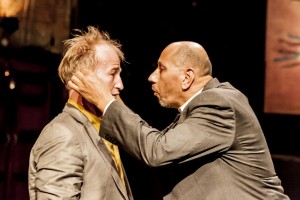 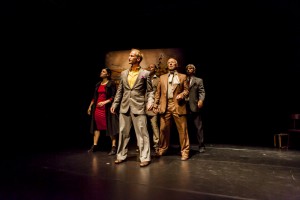 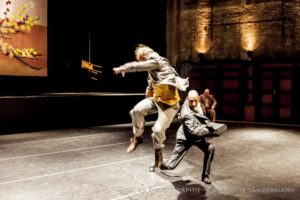