Coup de foudre is a love story between two men. It is also a love story about old suitcases, cowboy boots and rubber chickens.
Coup de Foudre speaks about misunderstanding as well as tenderness, it speaks of solitude and the search for complicity.
A man and a woman lead us into a silent movie world that borders between dream and reality. They use the language of movement and gesture slowly building a silent dialogue that pushes the boundaries of dance and theater. A clown is chased around the space by a giant silver tube, a woman dressed as a man falls asleep holding an umbrella…it begins to rain, they have a tea party. Nothing is ever what it seems in this encounter between a clown and a ballerina, two unlikely misfits who find love and acceptance as they open a suitcase full of dreams. 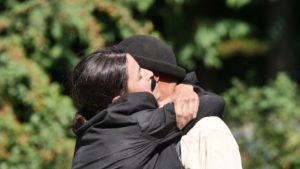 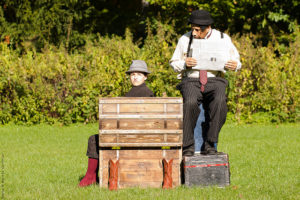 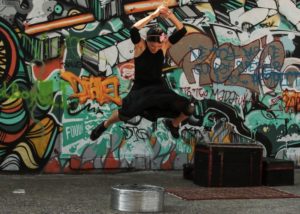 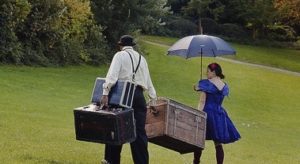